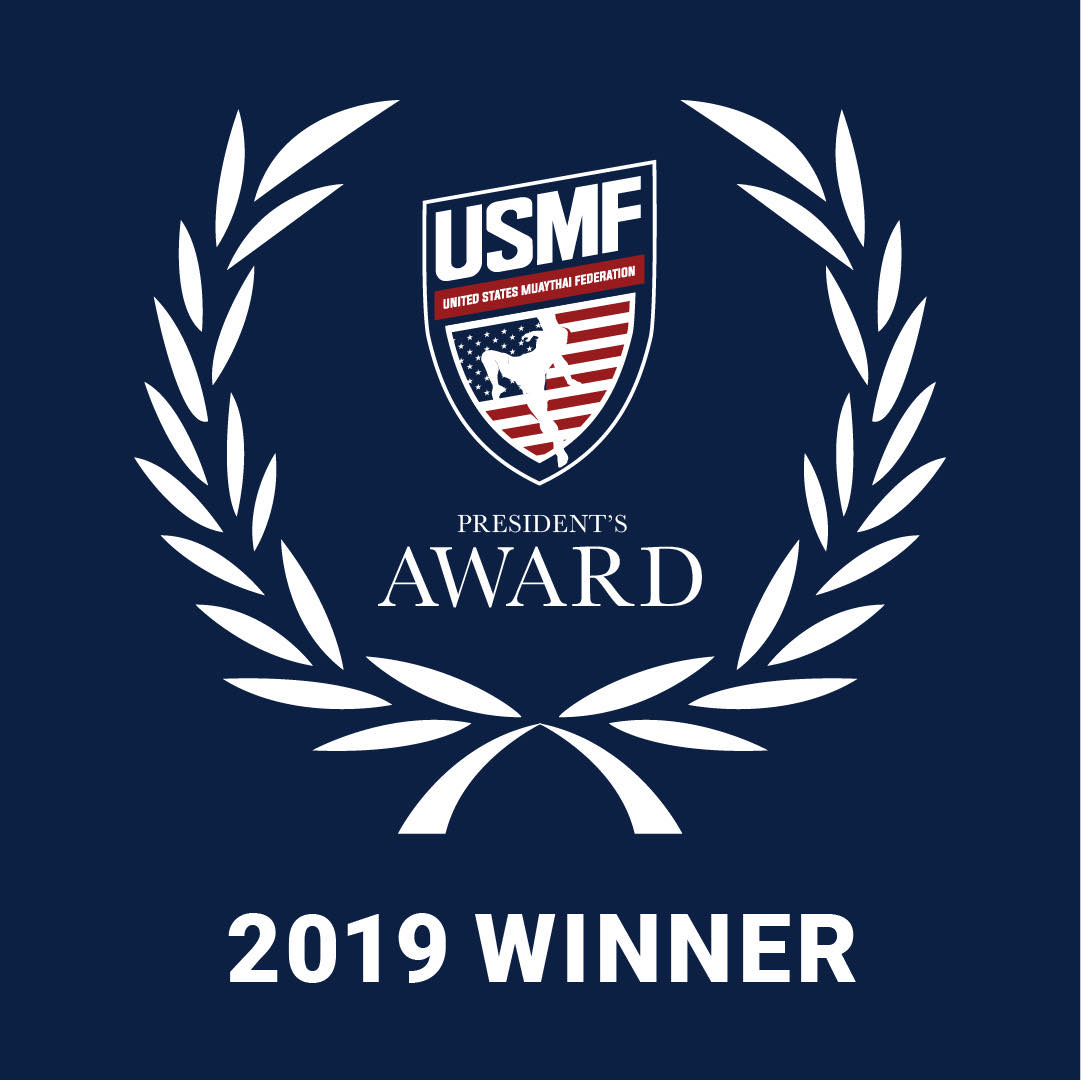 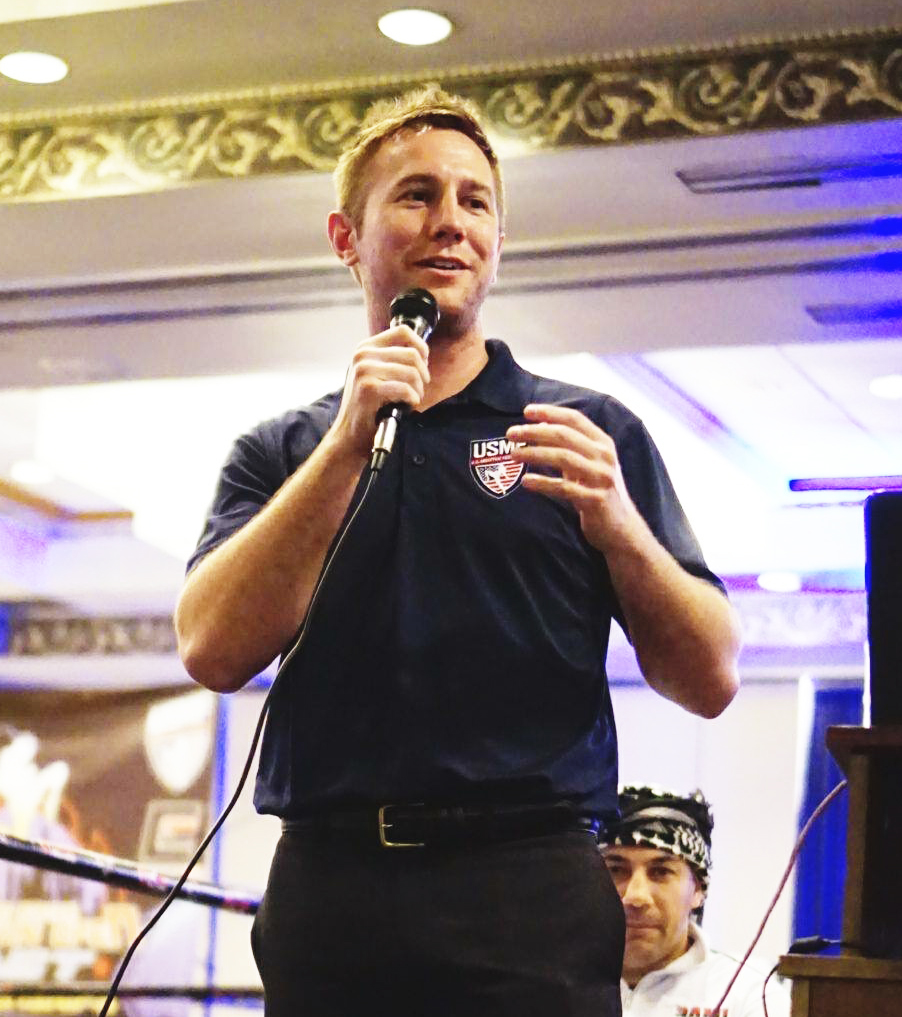 Both Athletes did not lose a round in the Youth World Championships and dominated every bout.

USMTO was the first promotion to fully adopt the Rsportz software that contributes athletes registration back to IFMA and to the National Federation USMF. Through their tournaments USMTO has contributed over $20,000 to the USMF!

When IFMA reached out to USMF to be a test country for the new Rsportz international cloud software for athletes, coaches, and officials, the team at Siam Fight Productions volunteered countless hours to testing and implementing the software that is now used in all IFMA events.

The often imitated, but never duplicated YDL has spread across the USA and now gaining interest across the world. These meets give youth athletes the opportunity to compete in a safe atmosphere, while instilling the rules and scoring of International Muaythai . In the 2019 Youth World Championships an athlete Won a Gold Medal just on YDL Experience alone. The YDL has contributed to the growth in USMF Youth Memberships considerably, which also help fundraise USMF and IFMA.

Promotion of the Year:

The first show fully sanctioned by the USMF. This show allows for some of the best Referee and Judging in the USA.

TBA Muay Thai World Expo is the largest tournament in North America. While the numbers keep piling up, the tournament still remains very well organized from the check ins, bout calling, and time efficiency. In the 2019 World Expo, the TBA-SA supported both the USA and Canada’s IFMA Federations through athlete registration.

Des Brandt
Des has been a huge part of management of USMF teams. Des Has helped athletes manage weight, worked on logistics and various task as the USMF Team Manager. Her work with both youth and adult teams have been so valuable to the USMF

"For some Muaythai athletes, the competition could truly be a model of unity across countries as coaches and athletes from different teams collaborated together for sporting excellence. It was a highlight of the finals as two coaches from the United States Ricardo Perez and Rami Ibrahim team showed that sportsmanship can be inherent not only to athletes as they cornered Taylor McClatchie (CAN) in her bout against Nili Block and Rhyse Saliba (AUS) against Itai Gayer (ISR).

It was a moment of pride for Muaythai when teams often staying in the rivaling camps can give support and offer their experience to let the athletes show their best in the field of play.

Ricardo and Rami are truly bright examples of the Muaythai philosophy and its values, and a big thank you should go to the team USA for having these coaches in its federations."

Sport is Your Gang

Was developed by the International Federation of Muaythai Amateur to provide an outlet for at risk kids with Muay Thai. The USA branch is led by USMF VP Marcy Maxwell and has locations in Los Angeles (David Huerta, Los Angeles Muay Thai) and New York (Steve Milles)

Muay Thai class created by Thiago Azeredo to give special needs kids a softer introduction into the sport and gain confidence to eventually transition into other group classes.

Joshua Ferraro -  VP of USMF Judge & Officiating help lead an educational movement unlike any sanctioning body in the USA over the last 2 years. Ferraro traveled to YDL’s, National Tournaments, and Gyms across the country teaching International Muaythai Refereeing and Judging. These courses registered over 250 officials and have fundraised for USMF and IFMA.

Jeff Dojillo - A man that can wear many hats.  Jeff created ID cards and Team Shirts for USA Teams that are now imitated across the world. His photography caught the eye of IFMA and they requested that he shoots for them at all the events he is in attendance for. Jeff is also responsible for USMF Social Media pages as well.

In 2019 The Striking Corner hosted a “Who’s Who” of USA Muaythai and really pushed for the advancement of the sport. The team hosted top officials, athletes, coaches, and promoters and really dug deep into how USA can grow the sport.

Outstanding Medical Team
Cool Hearts Performance: Jason Park and Omar Kennedy have been a crucial part to our athletes' success. They have not only helped with USMF athletes, they have assisted in helping other athletes from round the world.

Outstanding Photographer of the Year
Pari Aryafar - Pari has donated a lot of her own time and money traveling to shoot international and local events that the USMF has been apart of. She has been a valuable asset to the USMF Media Team assisting the Chief Band Officer. Pari works hard at providing coverage and documenting special moments for the athletes and Federation.

Thank you to these promotions for hosting USMF Prestige Bouts

Thank you to our top sponsors: