Five former USMF veterans are on their way to Glory Kickboxing in Houston on February 1st, 2019. Asa Ten Pow, Bekah Irwin, Jacob Rodriguez, Troy Jones and Matt Baker have all succeeded at IFMA (International Federation of Muay Thai Amateur) and are now fighting on the world stage. 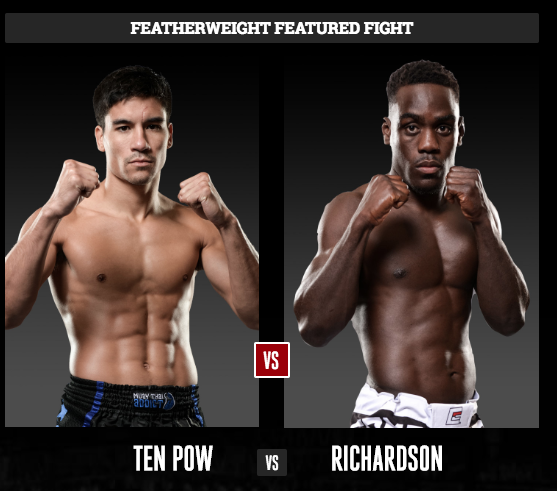 Asa Ten Pow, recently awarded the 2018 Glory Newcomer of the Year award, is a three time veteran of IFMA and longtime supporter of the USMF. The owner of Florida Kickboxing Academy has had a successful run this year with three wins for the Glory kickboxing promotion.

He first joined the USMF and IFMA in 2015 and has made tremendous strides in his career. Ten Pow is experiencing serious career momentum but his interests are deeper than just himself. "I think the momentum for other athletes has them trying for financial stability," Ten Pow said. "What I want to do is to push the sport and my gym and myself. My motivations are different. I am geared towards being an American fighter. I hope I can be enough of a draw to bring people to the sport."

Ten Pow has been bringing people to the sport. This year he had his student, Luis Morales, participate in IFMA events.

Ten Pow is bringing confidence into his bout against Nate Richardson in a three round featherweight bout.

“I’ve been getting stronger in the upper body, trying to sit on my punches more. Hopefully, it will come out in my fight. I want to finish it early," Ten Pow said. 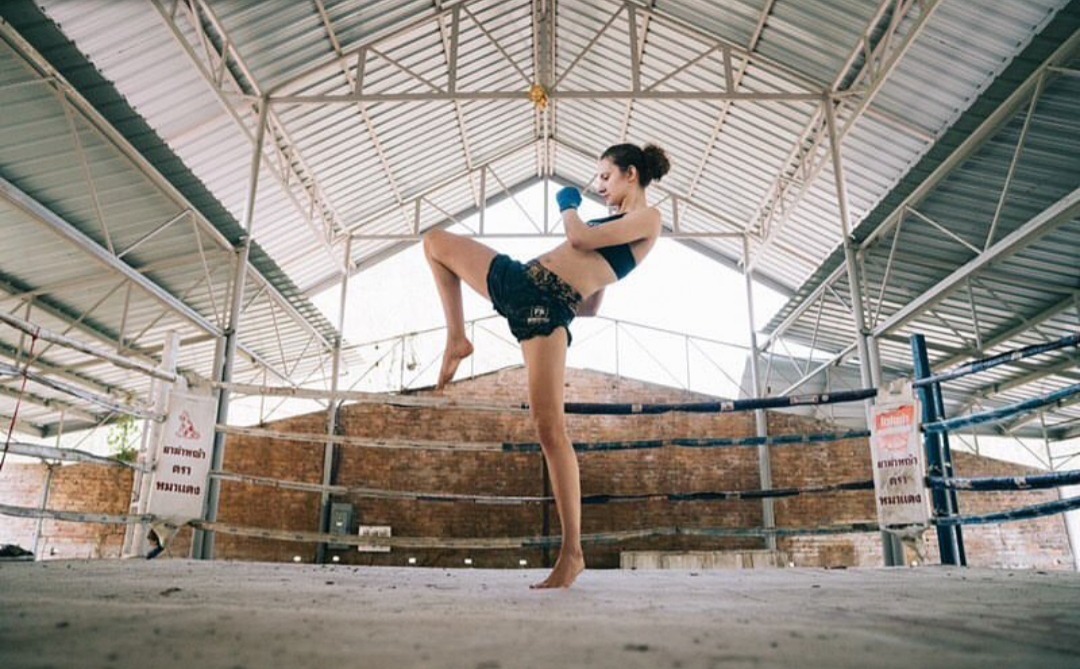 Confidence is key especially for Houston native and three time IFMA youth champ, Bekah Irwin. Training out of Heritage Muay Thai, Irwin didn’t lose a single round in her time at the IFMA youth championships.

She had a successful run in Thailand as well and stepped under the bright lights for the Muay Thai Expo in Thailand which featured legendary Muay Thai fighters Somluck Khamsing and Samrat Payakaroon. While there Irwin dropped a decision to Kaenkaew Kor.Klomkliem.

Irwin was honest about her performance against the seasoned Thai boxer. “I don’t think I was nervous for my last fight,” she said. I didn’t really have any drive to do anything. I wasn’t really in the right mindset.”

This bout will see her switch from Muay Thai to kickboxing. Her signing to the promotion is a big move for women’s combat sports as she is being given the opportunity to climb to the top. It has been rare for a woman as young as she is to be given an opportunity like this but it points to the growth of the sport and of women’s participation.

“I want to be active. I can climb up the ranks,” Irwin said with growing certainty. “I’m not rushing up to the top. I’ll take it as it comes but I’ll be a pretty big name pretty soon, I hope.

Irwin will be facing MMA fighter, Stephanie Skinner. The Invicta promotion veteran will be a challenge for Irwin in her debut on the stage. Irwin is well aware of the stakes.

“This time I’m more dedicated,” she said. “There’s more on the line for this fight.” 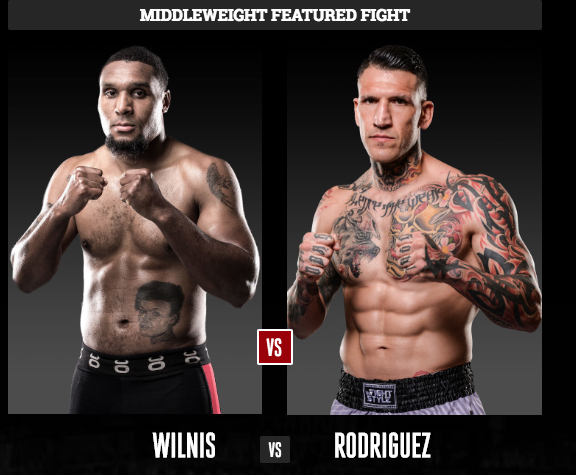 Dedication is name of the game for fellow Houston fighter Jacob Rodriguez. The Heritage Muay Thai fighter has participated in two IFMA tournaments, Belarus World Championships in 2017 and the 2017 Pan American games. Rodriguez will be having his second outing at Glory and will be facing fellow middleweight Jacob Wilnis.

Rodriguez knows what it means to be committed. “You have to be ready to give up a lot of stuff. You have to say no a lot,” he said. “What lies ahead is your choice. If you want to be a world champion you have to be willing to do the things others don’t want to do. You have to be comfortable doing the uncomfortable.”

Coming off a points win against Joe Taylor in July 2018, Rodriguez is proud of his previous accomplishments. His experience at IFMA and with the USMF along with his dedicated training paid off.

“I went three rounds with a top guy,” Rodriguez said. “He moved around a lot. I marched him down to win the fight.”

A win against number three ranked Wilnis could put him in a position for a deserved title shot. Rodriguez knows that he’s in for a demolition job though.

“Our styles are very similar,” he said. “We are pressure fighters and damage fighters. It’s two trucks colliding.” 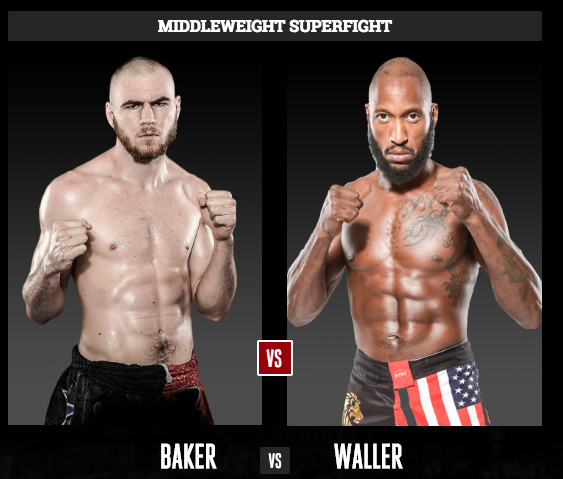 Matt Baker is no stranger to collissions. The Bay Area fighter trains out of Team Black in Concord California and has participated in two IFMA World Championships, 2012 and 2014. Both events saw him take home the Bronze medal.

“Going to the IFMAs, especially the first one I didn’t know what I was getting into. I saw guys like Artem Levin in the A Class. I saw the commitment and skills the other countries had,” Baker said. “It humbled me and put a fire under me. I think it was one of the best things that happened to me in my career both years.”

Baker has entered the Glory ranks fighting at 85kg and has gone 2-1 for the organization. He is coming off a knockout win over Thomas Jenkins at Glory 58.

“Jenkin’s is a real cool dude but Muay Thai guys come into kickboxing their hands aren’t there,” Baker said. “Jenkins favored clinching and kicks. I had a lot of boxing in that camp. He was pawing out with his jab and I hit him with a hook and straight.”

Baker will be facing Ryot Waller who is coming off a win against Zack Wells.

“Training is going great. My momentum is going. Waller is well versed in a lot of stuff but I think I have a lot of advantages,” Baker said. 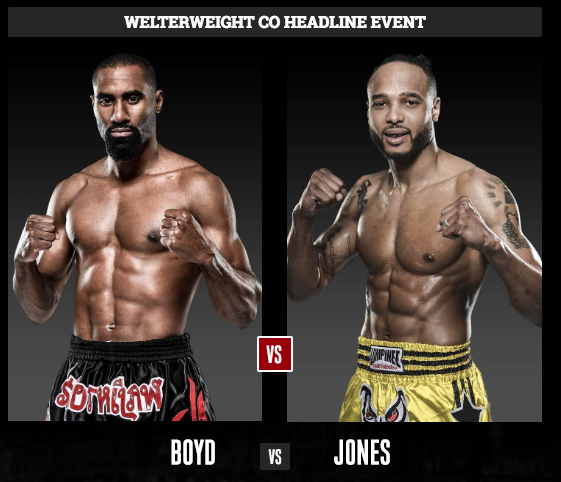 Troy Jones is a man of advantages. He is coming off a career knock out win over Casey Greene on Glory 58. The bout was to be a four man tournament that Jones was more than ready for. His final opponent was unable to rise to the challenge though.

But Jones is not one to shy away from a demanding contest. He has sought competition around the world and in 2015 was the B class winner for the IFMA adult championship. He then went on to participate in the adult IFMA Championship in 2016 and 2017 along with the Pan American games in 2016. The experience with the USMF fighting at IFMA had him learn what exactly it meant to be a high level fighter.

“I have 11 victories with 10 knockouts. I’m handling my business and doing it the right way,” Jones said. “I feel like it’s part of the work that I do. I’ve been doing it since I started Muay Thai. More people are noticing now.”

Jones is familiar with his opponent after having trained and sparred with fellow welterweight Omari Boyd in the past. Now they will meet in Houston under kickboxing rules. Jones has hopes to continue to grow in the sport and in Muay Thai with a possible return to IFMA competition in July in Bangkok.

Jones is looking to the future like all Muay Thai fans. IFMA and the USMF are pushing the sport to be accepted into the Olympics. Participation in the Olympics is a huge honor for all athletes and currently Muay Thai has achieved provisional status.

“I’d love to be in the Olympics as well,” Jones said.

While the USMF fights to get into the Olympics its athletes are shining on the world stage. Make sure to check them out for Glory 63 in Houston Texas.

Words by Matt Lucas for The USMF
Photos Courtesy of Glory Kickboxing.