It was sweltering hot in Bangkok, Thailand. The American athletes sat under a canopy and waited, as action from the ring a few feet away drew an ever-growing audience. Despite being only between 12 and 17 years old, their impassive demeanor would suggest these are adults to passerby. Occasionally, glimpses of childhood and affection would appear - resting their heads on each other’s shoulders, occasional teasing and jokes, and feeling very grown-up when wearing nice clothing for important dinners. But as they leaned against their white plastic chairs and laid on the cool grey concrete, they had only been anticipating when they would step onto the world’s stage for battle. 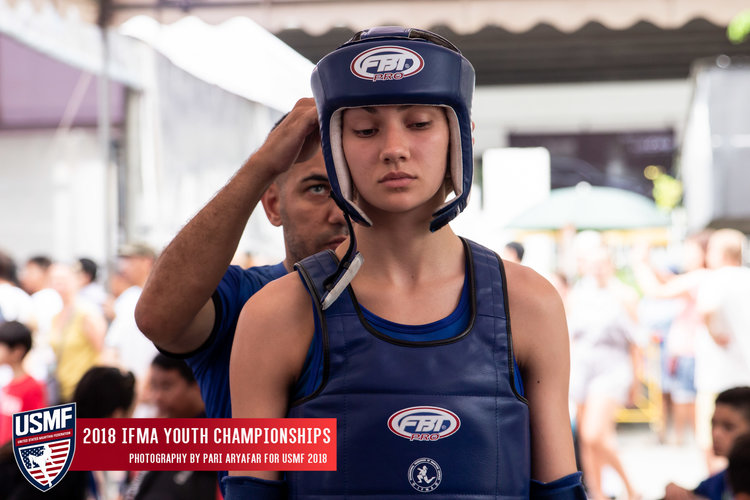 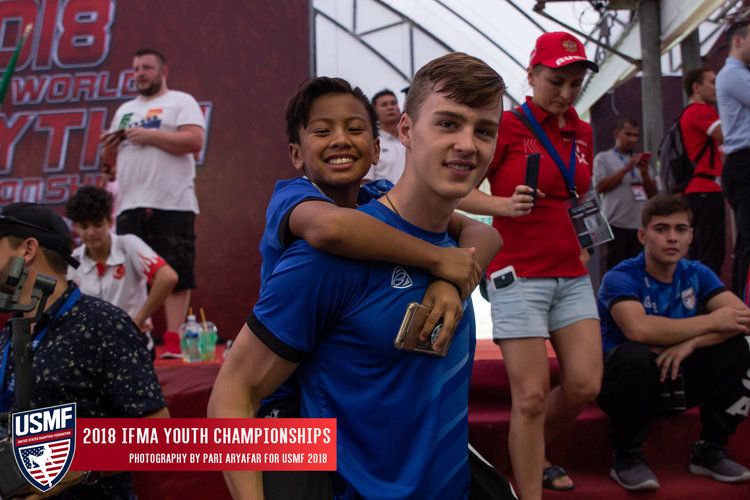 At the IFMA Youth World Championships, their days began early - fighters met between 5 and 6 am for team training, weighed-in at 7 am, then refueled, rehydrated, and rested until the bus left to the stadium at 12 pm. Then, their days were long. Competitors warmed-up, hit pads, got their hands wrapped, were oiled up, then strapped into their gear until it was their time to fight. The actual fight is only a few minutes, but it was only a miniscule percentage of their entire day. There may be multiple athletes competing, adding to the high energy and restlessness. The fights will wrap up around 8 or 9 pm, when dehydrated and stoic coaches covered in Thai oil, sweat, and occasionally blood, will wrap up their team and herd them back to the buses to do it all over again the next day. 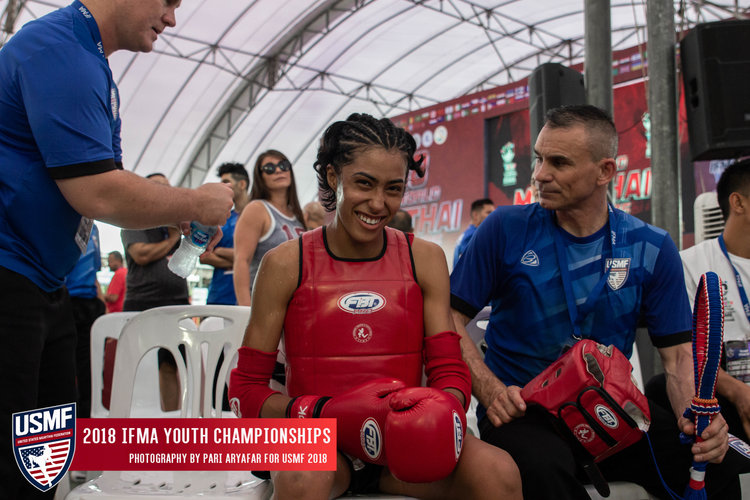 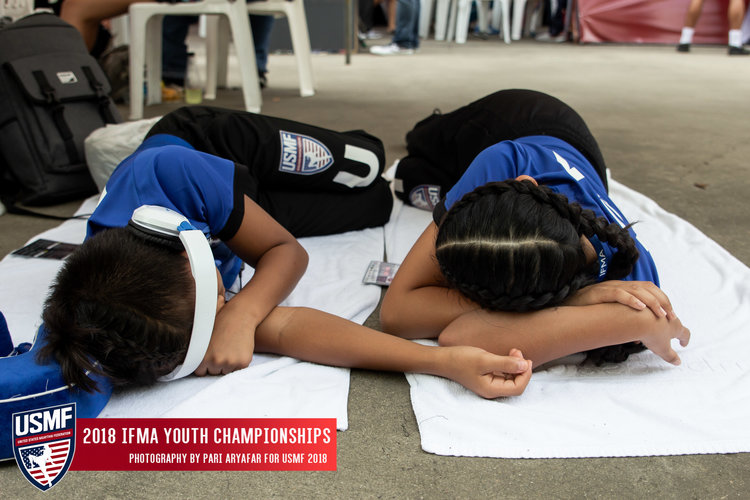 The World Championships can feel lengthy, occasionally grueling, and definitely tiring, but it is a more than worthwhile experience for athletes and trainers alike. As Muay Thai bears forwards to the Olympics, these youth competitors are likely to be the faces of their country when the occasion comes. United States Muay Thai has come a very long way - departed are the days of when competitors came to IFMA in teams of three or with little experience outside of fighting in their home city. After much diligence and emphasis on competing often, establishing universal rules, and supporting the youth, USA Muay Thai is headed in a bright and ambitious direction. 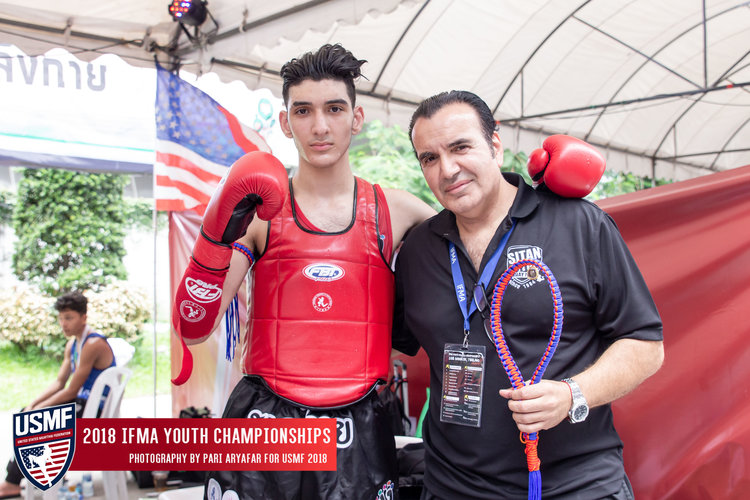 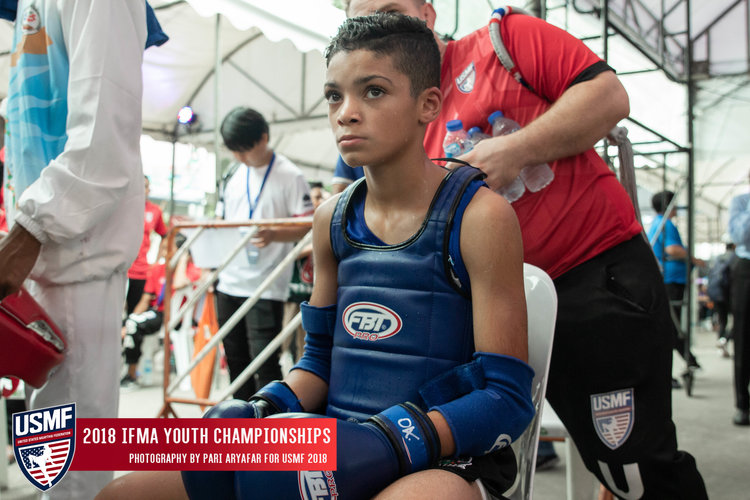 The competitors didn’t win in the IFMA ring in Thailand. The fight was won when they were waking up early to run before their classes and when they were showing up to practice for hours after school. They won when they had their diets on point before arriving at Suvarnabhumi International, minimizing the amount of stress and worry they would have while focusing on their athletic performance. Silver medalist Cesar Lazalde, severely injured after his first fight, went on to compete five times total while masking his pain, didn’t win that medal in the ring - he won it every time he stepped out and walked down the stairs, hiding his limp until he was alone with his teammates. 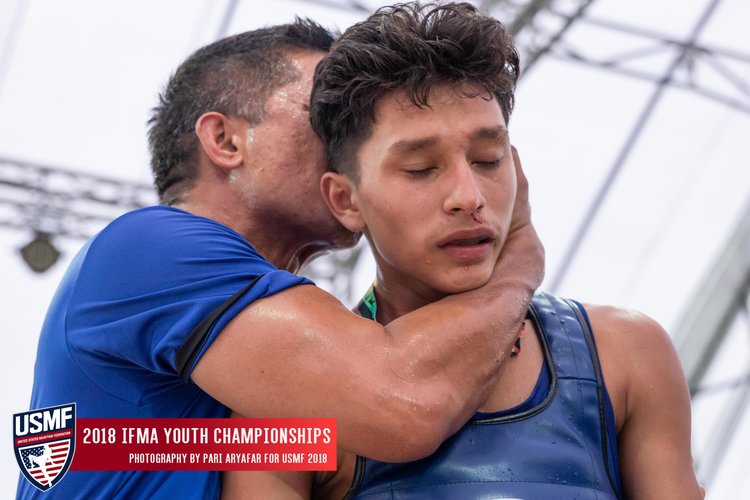 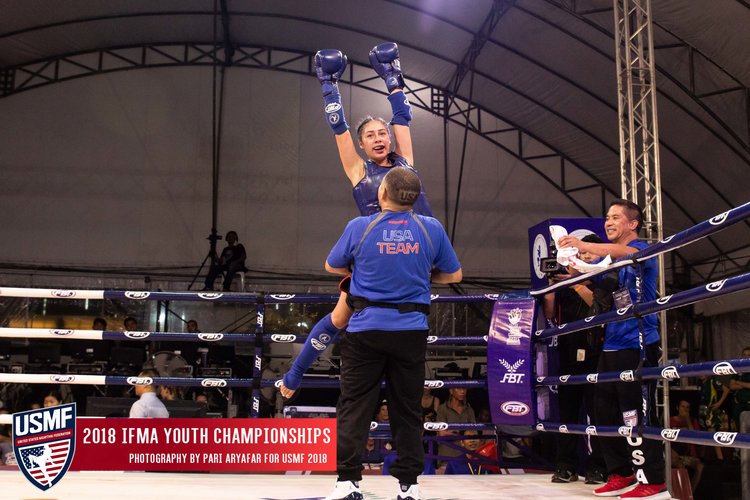 USMF strides to continuously raise the standard in the United States, which supports the quality coaching and impressive performances that were highlighted in Bangkok last summer. A stellar team of coaches and staff worked together to utilize one another’s strengths in order to benefit their athletes. It is necessary that this reinforcement begins with the organization, as they demonstrate it in action during competition and training. It is these coaches that are assisting to impact the fighters, and their efforts are illustrated every time a competitor has their hand raised in the ring. As the sport continues to bloom across the U.S., the synergy is critical and will only lead to further advancement for the community. Youth Team USA has 30 athletes preparing to compete in Turkey in only a matter of weeks, and their capabilities are demonstrative of the country’s support. 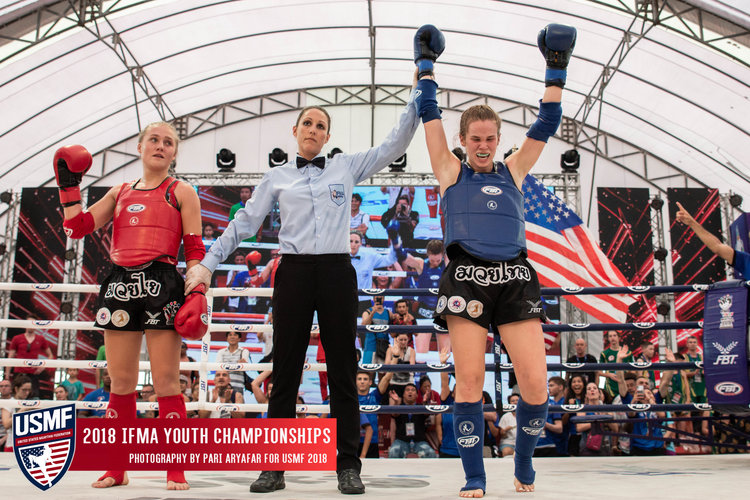 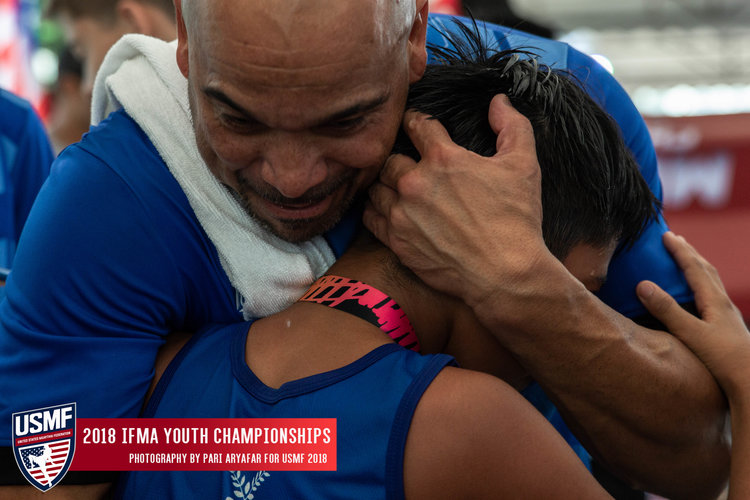